Biking The Blue Ridge Parkway and US Bicycle Route 76

Virginia is home to 838 miles of the U. S. Bicycle Route system - more than any other state. Established officially by the federal government in 1982, the Virginia sections of U.S. Bicycle Routes 76 and 1 cross the state from east to west and north to south. Just south of Waynesboro, near Afton Mountain, USBR 76 runs along the Blue Ridge Parkway for 25 miles, overlooking the Shenandoah Valley to the west and Nelson County's Rockfish Valley to the east. 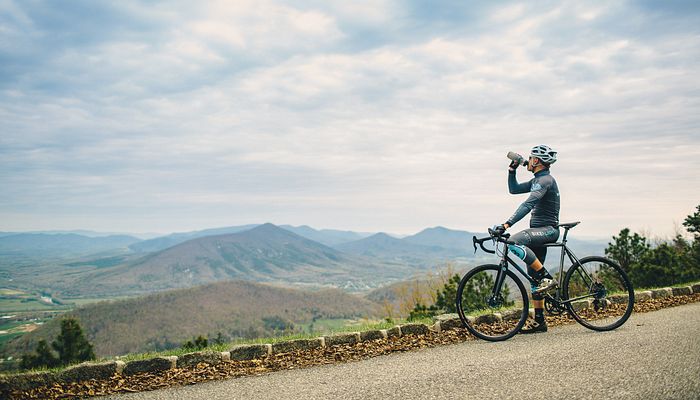 The Blue Ridge Parkway is a 469-mile scenic route that runs through 39 counties in Virginia and North Carolina. It is the most visited unit of America's National Park Service, and it is popular among bicyclists because of its limited access and lower traffic levels compared to most public highways. Traveling the parkway by bicycle is an unforgettable experience, but requires planning and caution. Temperatures can change rapidly since parkway elevations range from 650 feet to over 6,000 feet. Avoid the parkway during fog and be especially careful in any of the 27 tunnels. Bicycles are allowed only on paved roadways.