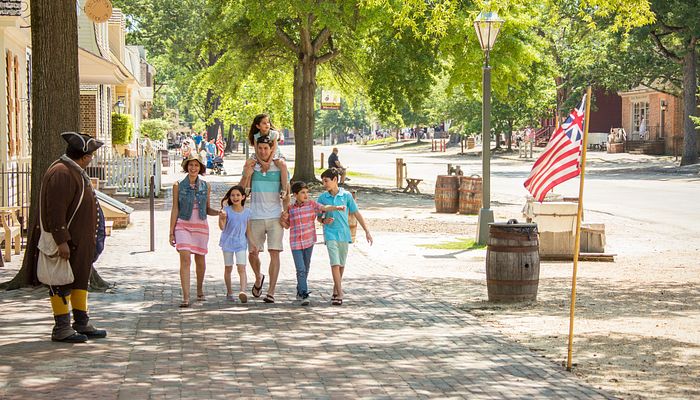 Visit the 18th century city of Colonial Williamsburg and you'll discover why this was the capital of Virginia and the largest, most prosperous American colony.

Men and women from all walks of life strolled these streets, and you'll following in their footsteps.

Explore dozens of original buildings, homes, and shops reconstructed on 301 acres – most on their original foundations. Rare animal breeds, historic trades, and lovingly restored gardens add layers of authenticity to the Colonial Williamsburg experience. You’ll feel as if you've traveled back in time. 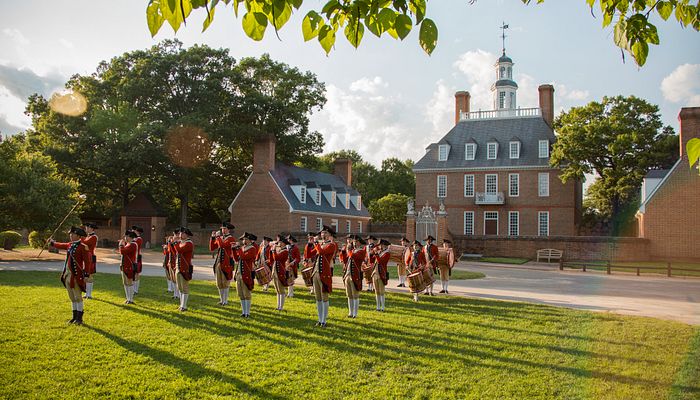 At The Capitol, independence was declared before all other colonies, setting the pace for the American Revolution. On May 15, 1776, Virginia legislators instructed their delegation at Philadelphia’s Continental Congress to introduce a resolution to make the colonies independent from Great Britain. The gentlemen at Williamsburg sat in the oldest representative assembly in what was then the world’s newest nation. The assembly traces its beginnings to 1619 when the House of Burgesses first convened at Jamestown, Virginia. 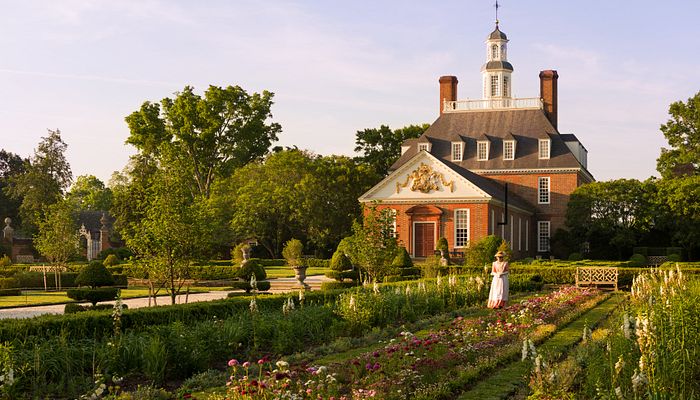 The Governor’s Palace was the third largest public building in Williamsburg and its size signifies the favorable position the Governor held as the king’s representative in the capital of England’s largest American colony. The 3,380-square-foot Georgian home included an 11-bin wine cellar. The immaculate grounds offered a formal garden and natural park that stretched to the north. The stable, carriage house, kitchen, scullery, laundry, and an octagonal bathhouse were arranged in service yards. It was an elaborate household requiring 25 servants and slaves to tend.

At the George Wythe House, you'll be transported to the Age of Enlightenment, when students of George Wythe, such as Thomas Jefferson, were introduced to revelations in science and the arts. Families play games, dance, and participate in daily chores at the James Geddy House. Enter the Peyton Randolph House and gain a deeper knowledge of slavery and the early African American experience. At the Public Armory, you'll learn about simple machines and find out what it took to support the Revolutionary War. 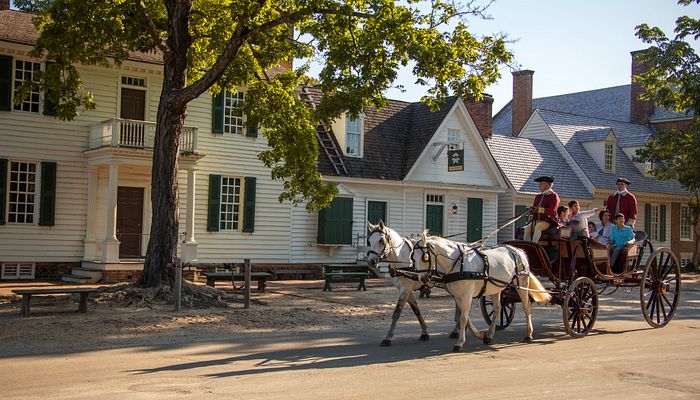 Raleigh Tavern was the center of events and a gathering place where plans were made to join other colonies in the American Revolution. Meet people from the past and then enjoy freshly baked gingerbread cakes in the adjacent Bakery. More nearby taverns include:

See The Magazine, the colonial arsenal housing a collection of muskets and cannon. Take part in musket-firing demonstrations and drills, watch the militia, and listen to the fife and drums.

Pretend you are justices, defendants, and witnesses at The Courthouse, and then swing into Chowning's Tavern, one of the most popular places for BBQ, beers, and ales.

Bruton Parish Church was the Anglican church of the capital and is still active today.

Colonial Williamsburg is the only place where you can truly experience the dawn of America. This isn't just a place where things once happened. They are happening, right now, here in the 18th century. Step back in time and meet the people who made America — sing with them, dance with them, eat with them, and have fun with them. 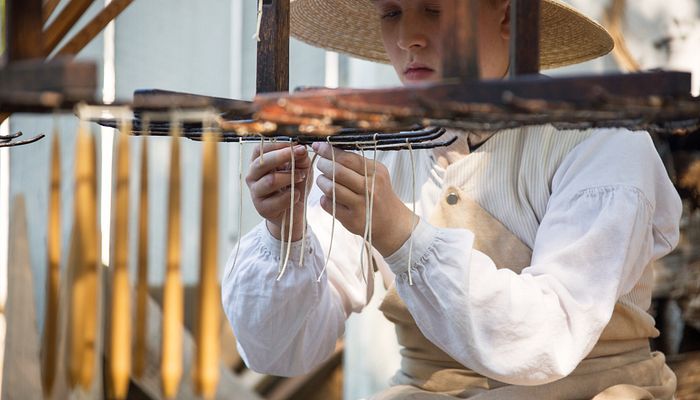 Tradespeople use real 18th-century tools and techniques in their crafts, many of which have been around since the beginning of our civilization. These skilled men and women are true apprentices, journeymen, and masters and they hone their skills with every hammer, needle, or plow. There are opportunities for you to get real, hands-on experiences with each trade including:


The Art Museums of Colonial Williamsburg

Young patriots can enjoy hands-on activities and exhibits throughout the year, such as Wee Folk, Map Quest and Crack the Code. Also see the Public Hospital exhibition depicting the treatment of mentally ill patients. Visit the Museum Shop and the Museum Cafe, too.

Under the same roof, you'll find the award-winning Abby Aldrich Rockefeller Folk Art Museum, the oldest institution in the United States dedicated solely to the collection and preservation of American folk art.

Bassett Hall was the home of John D. Rockefeller Jr. and his wife Abby Aldrich Rockefeller during the restoration of the Colonial Williamsburg Historic Area. Tour the house and walk among the gardens and the woodland trails established during the 1940s.

Colonial Williamsburg is an experience that doesn't have to end when you check in for the night. These properties are within walking distance of the Historic Area: