The Crooked Road Communities consist of 10 counties, 14 towns and three cities in the Blue Ridge Highlands and Heart of Appalachia regions of southwest Virginia. Going from east to west, the communities dangle along Route 58 like a broken fiddle string and then jut up north along Route 23.

Rocky Mount — A "Gateway to the Crooked Road", Rocky Mount is a site for plenty of jamming sessions, including a festival at the Tripple Creek Ranch. The city is also home to the Harvester Performance Center, where visitors can hear live music, including folk, bluegrass, country, rock, and more. 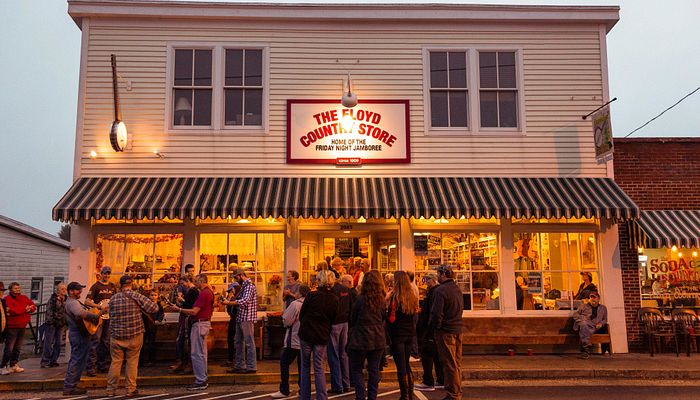 Floyd County — One of the major venues along the Crooked Road is located in the town of Floyd — the Floyd Country Store Jam Sessions and Concerts. The annual FloydFest is one of the best festivals in Virginia.

Patrick County — Many famous musicians hail from this county. Quite a few jam sessions and fiddlers' conventions take place here, too.

Carroll County — The Blue Ridge Music Center is here. It's one of the major venues along the Crooked Road.

Independence — Home of the famous Mountain Foliage Festival & Mountain Privy Races as well as the 1908 Courthouse. 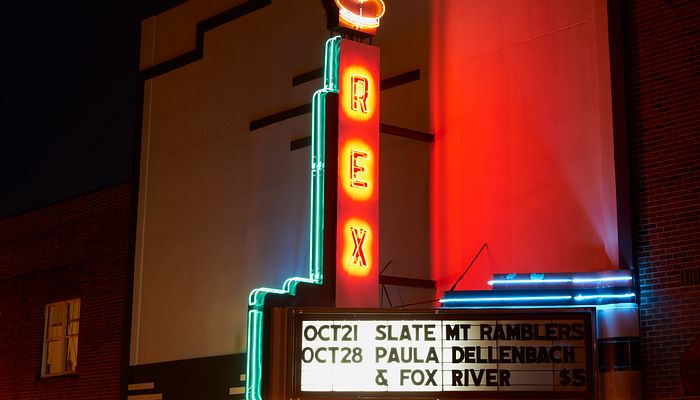 Galax — Galax is an independent city nestled between Carroll and Grayson Counties. It is home to the most famous fiddlers' convention of all time, The Galax Fiddlers' Convention, and the Rex Theater which is a major venue along the Crooked Road.

Washington County — This county was the first place in America named for George Washington. The Appalachian Trail runs through here.

Abingdon — Home to The Barter Theatre which is the State Theatre of Virginia.

Damascus — considered "The Friendliest Little Town Along the Appalachian Trail."

Bristol — "The Birthplace of Country Music" and a major venue along the Crooked Road. The Bristol Rhythm & Roots Reunion takes place here, too. 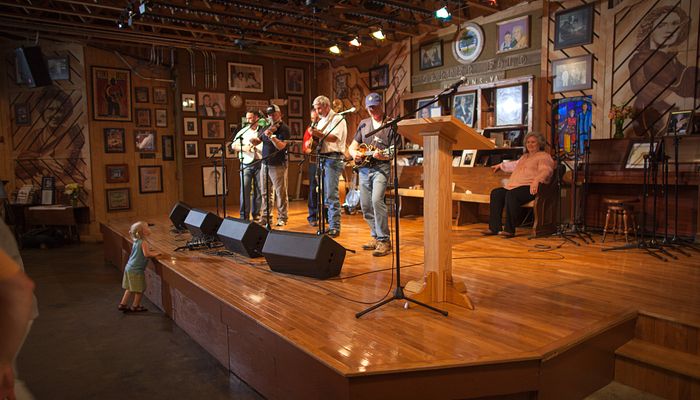 Scott County — The Carter Family Fold is here, one of the major venues along the Crooked Road.

Wise County — The Mountain Music School is here at Mountain Empire Community College where they host jams as well.

Big Stone Gap — Home of the "On the Trail of the Lonesome Pine" Outdoor Drama.

Norton — The city of Norton is where the Country Cabin, one of the major venues along the Crooked Road, and Appalachian Heritage Village is located.

Dickenson County — Home to Breaks Interstate Parks where many music activities are held.