Professional stock car racing drivers bring the fun to Virginia all year. The NASCAR Cup Series is the highest level of professional competition. Virginia is lucky to be home to 4 of the races and in nearby Bristol (TN), there are 2 more. The excitement and energy felt at the races are bar none! With the introduction of a new points system and the Chase, it’s easy to see why fans love the action at the track. Bring the family and visit a track near you! 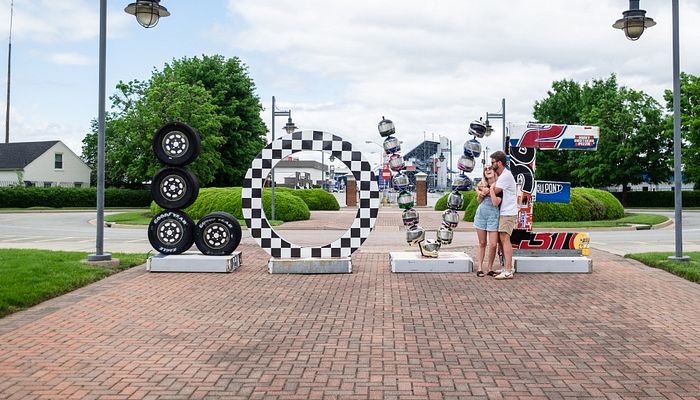 Known as “America’s Premier Short Track,” see great racing in action at Richmond Raceway and experience the INFIELD during three weekends each year. The D-shaped track makes it a favorite among drivers and fans because the shape allows drivers to reach high speeds.

Visit the infield FANGROUNDS of Richmond Raceway and you will find the Virginia is for Racing Lovers visitors center. Talk with local tourism experts about what to do while in town and even pick up free stickers! Admission to the infield is accessed by purchasing a FANGROUNDS ticket.

When you are in town for the race, stop by Carytown to shop, the Virginia Museum of Fine Arts, Maymont, the Institute for Contemporary Art, or the Richmond Capitol. These are all free places to enjoy.

For the drivers’ local favorite spots to eat, check this out! For a complete mini trip guide to Richmond, check here.

“It’s Bristol, baby!” Located in Bristol, Tennessee, this short track is among the NASCAR fan favorites because of its steep banks and concrete surfaces. Fierce clashes and heart-stopping finishes are hallmarks at Bristol Motor Speedway. First-time racing fans should visit downtown Bristol at the state line on State Street. Tennessee and Virginia are divided by brass markers and double yellow lines, where visitors can literally be in two places at once.

For trip ideas when you are traveling to and from the race, check here. 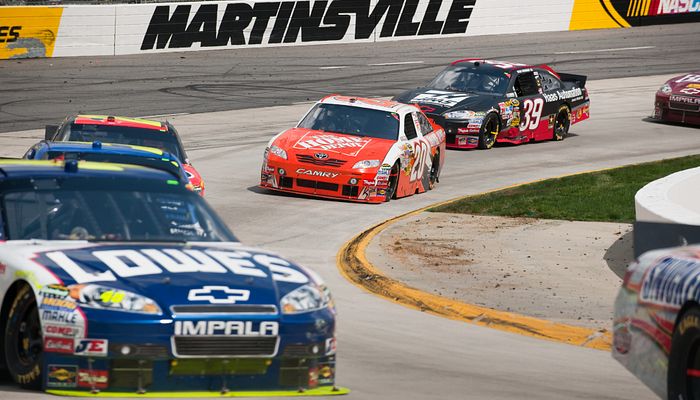 Founded in 1947 by the late H. Clay Earles, Martinsville Speedway is the only track which has hosted NASCAR Cup Series races every year since the division’s inception in 1949.

At .526 miles in length, Martinsville Speedway is the shortest track on the NASCAR Cup Series circuit. Because of its small size, tight corners and unique shape – described most often as a paperclip – Martinsville offers some of the most exciting and close-quarters racing views in the sport.

The Virginia is for Racing Lovers Skydeck at Martinsville Speedway offers the best views at the track! For all ages, the Skydeck allows fans to enjoy live music, food and beverages during the day with comfortable seating and giant TV’s. Admission to the Skydeck includes a pre-race infield pass that grants access to the pits and front stretch, too.

Currently the longest continuously operating Monster Energy NASCAR Cup Team in the country! The business holds the Guinness World Record for the longest active NASCAR racing team. Founded by Glen Wood, family patriarch, in 1950, the Wood Brothers Racing has now won in seven different decades. Just 30 minutes from Martinsville Speedway, in Patrick County, there is a museum dedicated to this legacy. Check out the Wood Brothers Racing Museum.

Denny Hamlin — he’s the reigning 2020 Daytona 500 Champion! Getting his start in Chesterfield, Virginia, Hamlin became one of the most consistent drivers in the sport. Hamlin competes full-time for Joe Gibbs Racing.

Brandon Brown — from Woodbridge, Virginia, Brandon competes full-time in the Xfinity Series. He races for Brandonbilt Motorsports and won races early on in his career at Dominion Raceway located in Thornburg, Virginia.

ALL IN THE FAMILY...

The Burtons — Brothers Ward and Jeff Burton hail from South Boston, Virginia. Ward is the eldest of two brothers. Ward had 5 career victories, including the 2002 Daytona 500. Jeff won 21 times in the Nascar Cup Series and is a current commentator for NBC Sports. John Edward “Jeb” Burton IV is the son of Ward Burton. He currently completes in the NASCAR Xfinity Series. Earlier in his career, he competed for several seasons at South Boston Speedway. Harrison Burton is the son of Jeff Burton. In February 2020, Harrison earned hist first career Xfinity Series win at Auto Club Speedway.

The Sadlers — Brothers Hermie and Elliott Sadler grew up in Emporia, Virginia. Starting from go-karts and moving into the Late Model division at the local tracks helped shape their careers. Elliott retired from racing in 2018. Hermie currently makes appearances for the Virginia Lottery and you can catch both drivers at their hometown Virginia tracks quite often.

Wendell Scott — from Danville, Virginia, Wendell was an American stock car racing driver. He was one of the first African-American drivers in NASCAR, and the first African-American to win a race in the 1968 Grand National Series, NASCAR's highest level. He was inducted into the International Motorsports Hall of Fame in 1999 and the Virginia Sports Hall of Fame in 2000.

Ricky Rudd — Chesapeake native Ricky Rudd is the retired driver of the #88 Snickers car of Robert Yates Racing. Rudd is known as the "Ironman" of NASCAR, as he holds the record for most consecutive starts in NASCAR racing. He was named the 2006 "Virginian of the Year" and is a 2007 Virginia Hall of Fame inductee.

Stacy Compton — Hurt native Stacy Compton has competed across all three NASCAR series. He was the Truck Series' Most Popular Driver in 1998 and his accolades include one top ten finish and two poles in the Cup Series, 33 top tens and one pole in the Xfinity Series, and two wins, 65 top tens and 9 poles in the Truck Series. Most recently Compton qualified for the 2012 Pocono 400 in the Cup Series for Turn One Racing.

Lennie Pond — Cup Rookie of the Year in 1973, Lennie Pond is an Ettrick native whose only Cup Series win came at Talladega Superspeedway in 1978. Amazingly, the 500-mile race was caution-free. It was during that race that Pond set a then-world record speed of 174.700 miles per hour.

Jason White — Richmond native Jason White drives intermittently in the Xfinity Series. He has competed in the series since 2001 and claims nine top fives and 21 top ten finishes. He has also won a pole.

John King II — Having one of the greatest wins under his belt (Daytona 2012, Camping World Truck Series), John King II, a Scott County native, found himself out of a ride mid-season in 2012 due to a lack of sponsorship for the #7 truck. In 2013 we saw King driving the #33 truck for Eddie Sharp Racing (Daytona), but 2014 plans have yet to be seen.