The best way to experience all that Virginia has to offer is exploring one of our many themed trails. Explore more than 400 years of Virginia's rich history by following a Heritage Trail. If you enjoy hiking and watching wildlife, try a Nature Trail. More than 800 miles of United States Bicycle Routes 1 and 76, as well as the Virginia Capital Trail, are included in our Biking Trails. Finally, those seeking the fruit of the vine will certainly enjoy one our Wine Trails.

Virginia Civil War Trails has linked Civil War campaigns, using the bugle sign to mark more than 380 Civil War sites. Stop along the way and chat with interpreters, listen to radio messages from your car, and read an illustrated sign that explains what happened when and where.

Enjoy several local trails pertaining to individual battles, such as Hunter's Raid and the Wilson-Kautz Raid.

Other great side trips along the Civil War Trails include specialties such as railroading and African-American history.

Order your free Virginia Civil War Trail Guide and plot your own itinerary! 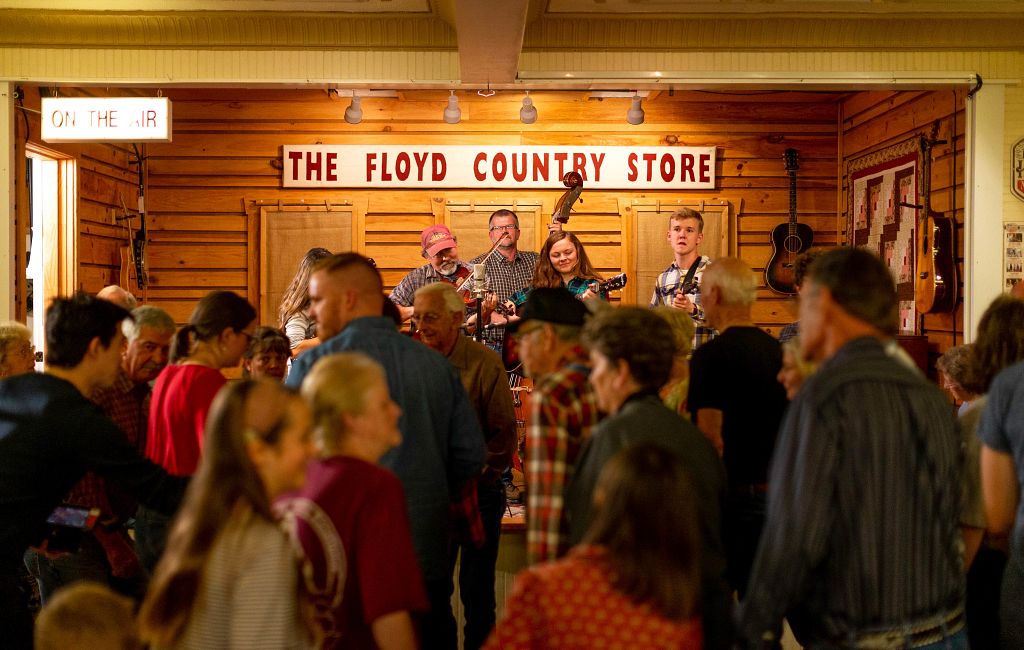 Early ethnic groups that settled in these regions included the Cherokee Indians, the Melungeons (Portugese, Native American and African-American), the Germans and Scots-Irish. 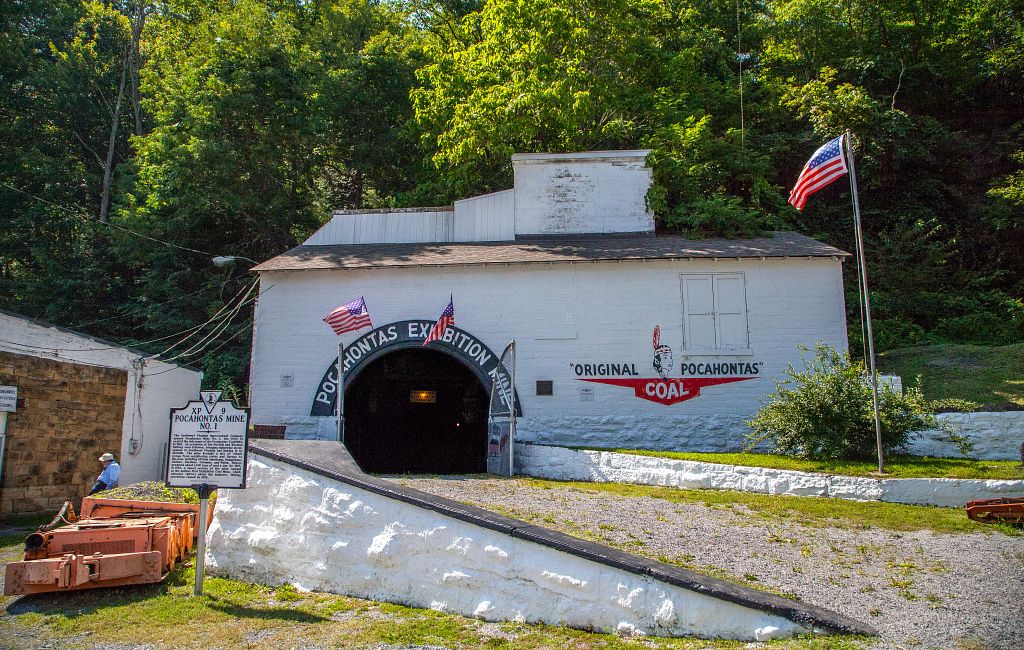 Pocahontas Exhibition Mine on the Coal Heritage Trail

Virginia's Coal Heritage Trail links the Heart of Appalachia's coalfields, communities, and the culture through seven counties on this official Virginia Byway. Just some of the points of interest along the trail include the intact coal-boom era town of Appalachia; Pocahontas Exhibition Coal Mine; the Dennis E. Reedy Railroad and Coal Mining Museum in Clinch; various coal miners' memorials; Breaks Interstate Park and Natural Tunnel State Park.

The Road to Revolution Heritage Trail is a guide through the life of Patrick Henry, orator of the Revolution and Virginia's first governor. See sites like St. John's Church, famed for Henry's "give me liberty or give me death" speech, and Red Hill, Henry's last home and burial place.

The Journey Through Hallowed Ground is a beautiful trip down Route 15 through a region recognized as the most historically significant to America. Check out the Main Street communities along the way!

The Civil Rights in Education Heritage Trail is the first historic trail dedicated to commemorating the civil-rights-in-education struggles of African-Americans, Native Americans and women from the 18th through the 20th centuries. The 300-mile trail features 41 sites in the southern Central region of Virginia, each with this marker. 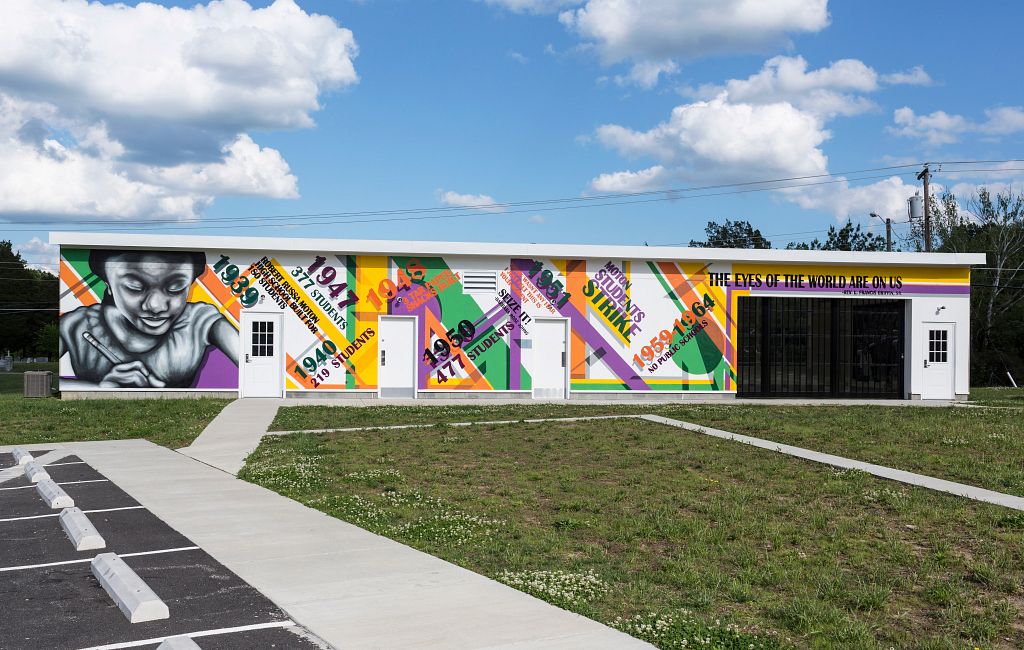 For example, in 1951, students of R.R. Moton High School in Farmville, demanded equal rights in education. Their cries led to a lawsuit that became part of the famous Brown vs. Board of Education lawsuit, which began an integration process propelling the Civil Rights Movement! The school became a National Historic Landmark in 1998.

Overmountain Victory National Historic Trail commemorates and preserves the route of patriot militia who fought and defeated a force of a thousand British soldiers at the Battle of Kings Mountain during the Revolutionary War. About 200 Virginia soldiers marched from Abingdon to fight in the South Carolina battle.

Follow the trail on a parallel Commemorative Motor Route that begins in Abingdon and heads south on State Highway 75. You may also order a brochure of the complete 330-mile trail from the National Park Service, which manages the Trail from Virginia through eastern Tennessee, North Carolina and South Carolina, ending at Kings Mountain National Military Park.

The Wilderness Road: Virginia's Heritage Migration Route, was the primary route taken by early settlers to the Blue Ridge Highlands and Heart of Appalachia regions of Virginia. It is an adventure through 23 Virginia localities and includes the Fincastle Turnpike and Carolina Road.

Trail to Freedom is a walking and driving tour through Fredericksburg, Stafford, Spotsylvania and surrounding counties that details the mass slave exodus in the summer of 1862. Seeing their chance for freedom, as many as 10,000 slaves crossed the Rappahannock River for cover behind the Union army lines.

Richmond Liberty Trail is a 6.2-mile walk through historic downtown Richmond. It includes 15 national historic landmarks. Look for the blue stars painted on the sidewalks to follow the trail.

On the Fields of Gold Farm Trail, you’ll discover the home-grown side of Virginia in the Shenandoah Valley. After all, it’s where agriculture got its roots. Pick your own fruit in one of our orchards, stroll through a farmers’ market, savor a wine tasting, tour a working farm, celebrate at a farm festival, or feast on a locally-grown meal at one of our farm-to-table restaurants.

Virginia's Bird & Wildlife Trail is a driving trail with loops off the main trail, linking some of Virginia’s best wildlife-watching areas with walking and biking trails. It is the first statewide program of its kind in the United States and is divided into three areas: 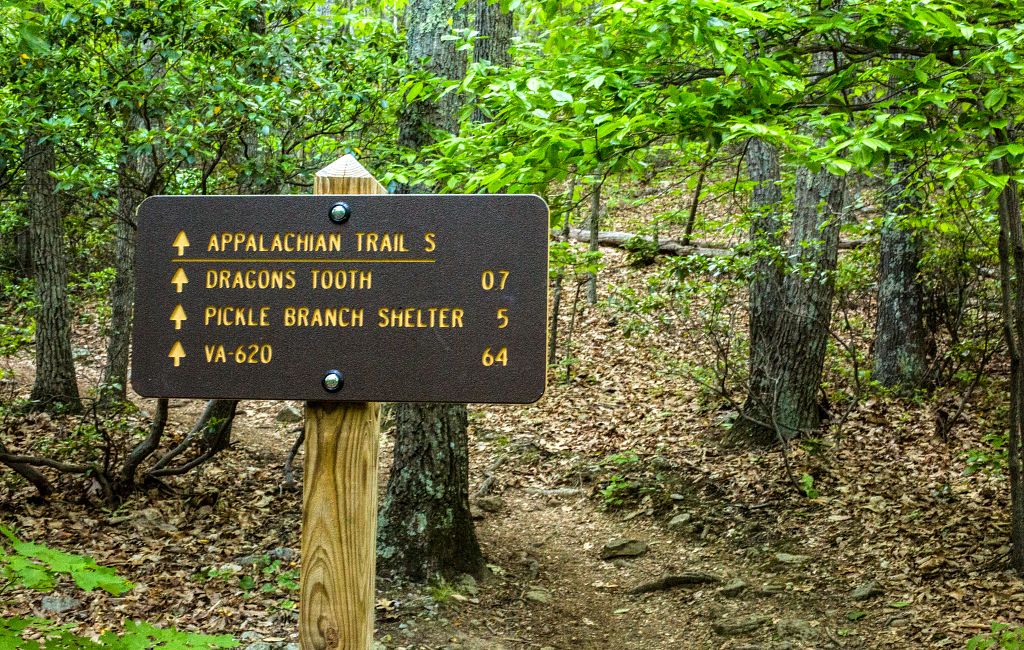 The Appalachian Trail in Virginia

Virginia's portion of the Appalachian Trail encompasses 544 miles of the AT, more than any other state! And 101 of those miles lie in beautiful Shenandoah National Park, paralleling beautiful Skyline Drive.

The AT is well-maintained and has gentle grades, making it a most enjoyable trek for hikers of all ages and abilities.

The most remote and less-traveled portion of the AT is at the southern Virginia region. By the time you reach Damascus — known as Trail Town USA — you'll be ready for civilization again!

The Virginia Creeper National Recreation Trail can be accessed from Damascus and is 34.3 miles long. It began as a Native-American footpath. Daniel Boone even used the Trail while exploring the area. It got its name from the early steam locomotives that struggled up the railroad's steep grades.

Order your free Trail Guide and join the Trail Club. Get a complete listing of other hiking trails in Virginia. 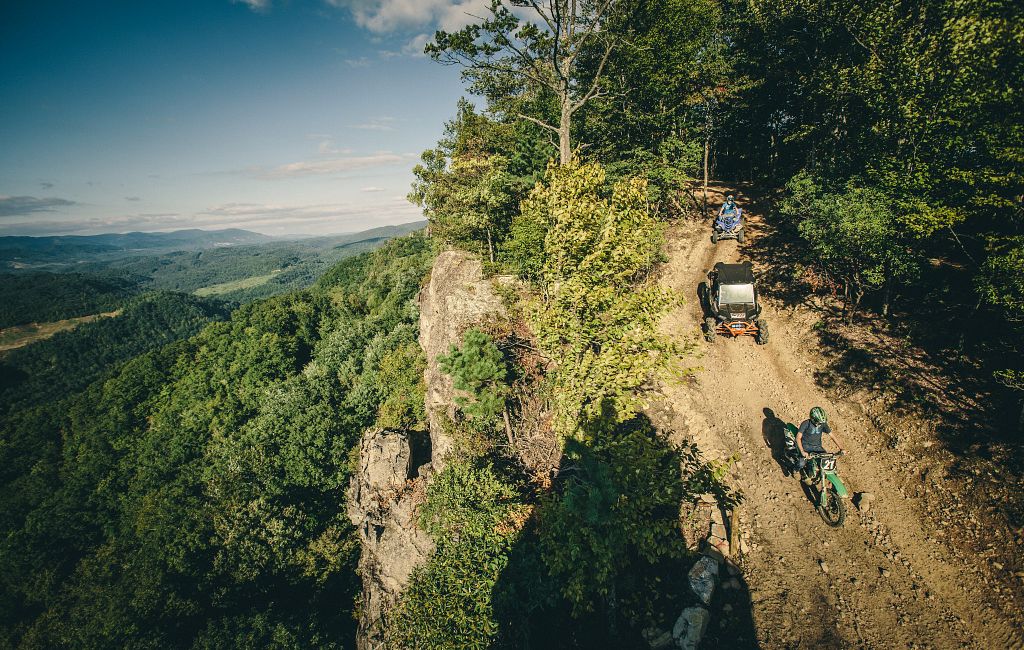 Located in the Southwest Corner of Virginia, Spearhead Trails welcomes ATVs, dirt bikes, mountain bikes, and hikers to explore hundreds of miles of connecting trails through the mountainous terrain. The trail system currently has five separate trails of varying difficulty for riders of every experience level. 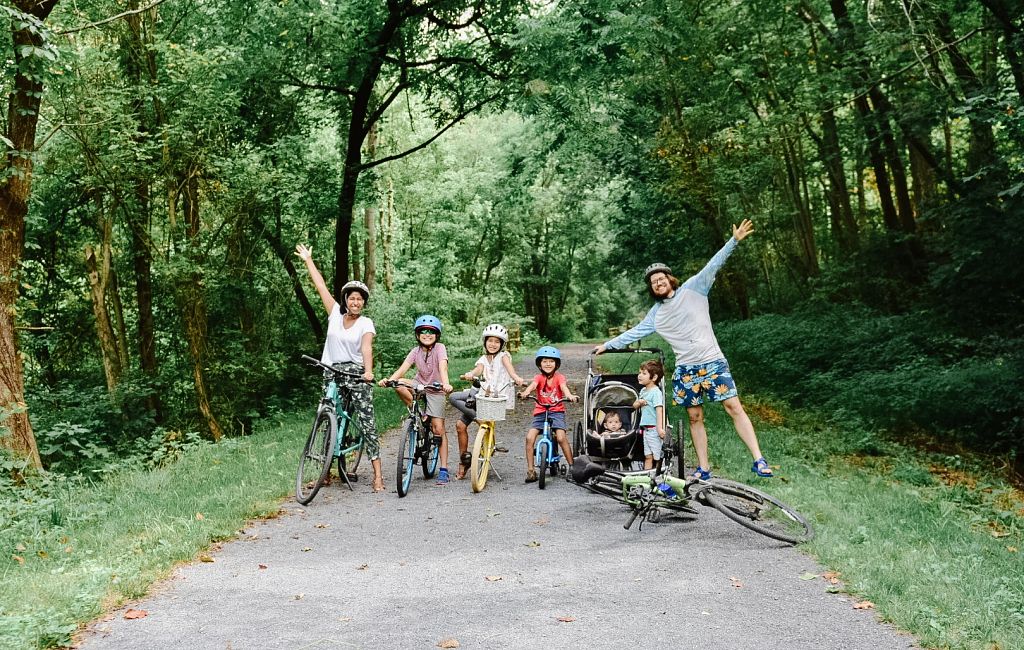 Cycling the Commonwealth features various bike trails. For example, one of the trails is the Virginia Capital Trail — a bicycle and pedestrian route linking the first settlement in Jamestown, the Colonial Capital in Williamsburg, and Virginia's modern seat of government in Richmond. This 54-mile trail along Route 5 features interpretive sites and pedestrian amenities.

Make it a family trip and take the kids along for some hiking, canoeing and everything in between! These outdoor activities will give your family a chance to spend time together without spending a fortune.

The Shenandoah Valley Kids Trail is a 160+ mile trail thru Virginia's Piedmont and Shenandoah Valley. Surrounded by mountain ranges and the Shenandoah River, the focus is on helping kids to develop a bucket list of experiences they should have completed before they turn eighteen. These experiences range from hiking the mountains to water sports to agriculture tourism farms to the civil war battlefields.

Feel like a kid again as you and the family explore the variety of attractions and outdoor recreation awaiting in Shenandoah County on the Shenandoah County Kids Trail. Experience the best of local flavors, sweet treats, and small town hospitality.

If you are taking the family to Wintergreen or one of the resorts nearby, have fun with kids in Nelson County. 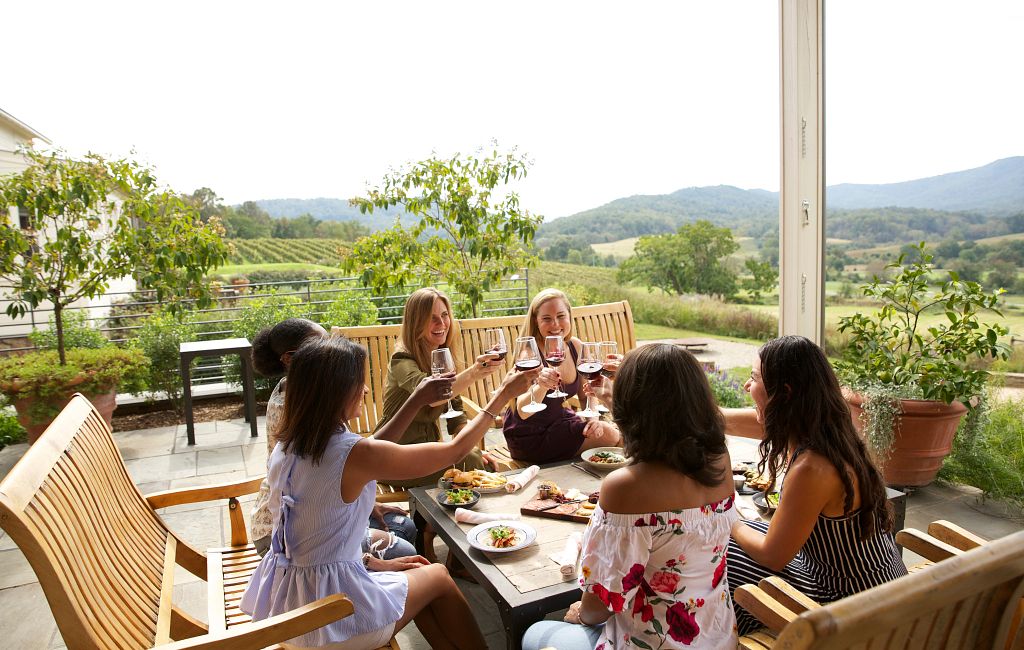 While there are many trails used primarily for exercise, we don't want to overlook another important group of trails in Virginia. Plan a trip to a few Wine and Craft Beer Trails to taste some of the best beverages in the country. Look for this grape cluster sign as you travel along Virginia's Wine Trails, or visit one of the wine trails running through Virginia. 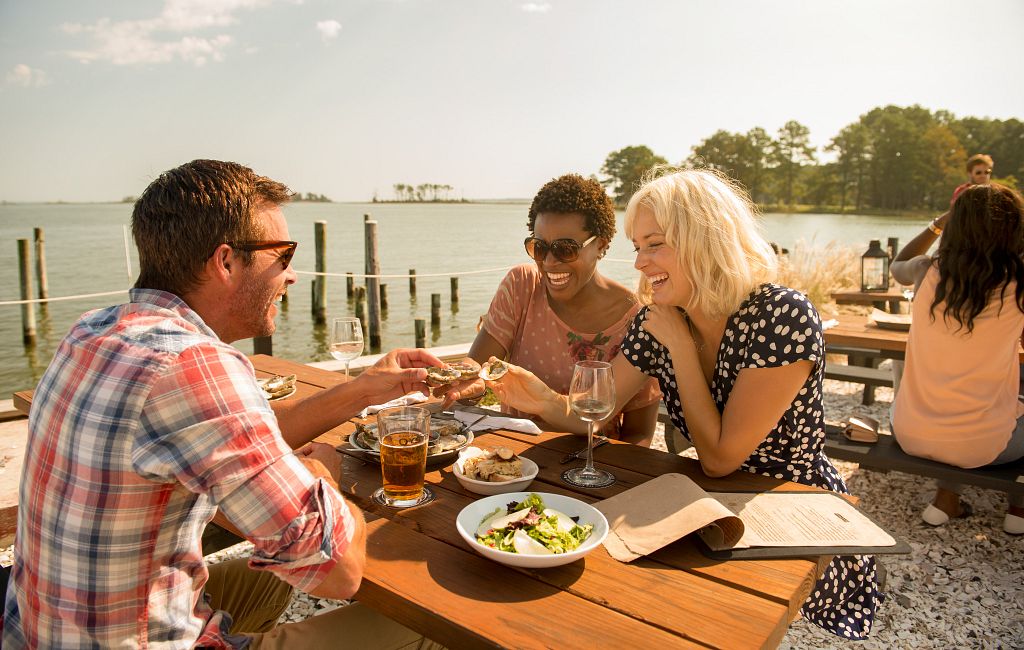 The Virginia Oyster Trail allows oyster lovers to experience artisans, eateries, galleries, inns and more. Growing in the world-famous Chesapeake Bay and its tributaries, Virginia oysters thrive in eight different regions offering something for every palate.

The Virginia BBQ Trail connects barbecue lovers with pit masters who have a passion for making it. The trail features over 250 restaurants, festivals and other events. Follow the trail through various regions of Virginia to taste the best barbeque the Commonwealth has to offer.